Nicolaj Bur wakes with a start. He was having that dream. Again...

A stranger’s barbed voice from the other side of the hotel bed, half asleep. “Bad dream, love?” A sigh, followed by a mumbled, half-hearted response. “Something like that.” A comforting pat on the arm.

What Nicolaj needs is a more sympathetic ear. Someone who understands him.

20 minutes later, Nicolaj saunters into the quiet lobby of what just might be the worst budget hotel this side of the Danube, ready for the day after a cold shower. A wry grin and a chuckle greet him from a man lingering near the vending machines, a dead-ringer for David de Gea — just the man Nicolaj was looking for, his childhood best friend, Jesse Sorenson. Within the next five hours, the two young men will be officially unveiled as the hipster managerial duo charged with turning around the fortunes of a once-great footballing club.

A look from Jesse is all it takes. He knows Nicolaj all too well. “What was it this time, brother?”

Nicolaj nods, eyes heavy in the early morning light. “The same dream… We’re about to enter the stadium and there he is. Pep Guardiola, leaping out of a porta-potty with a crazed look in his eye… Chasing me down the street… It was so… So… Real.” Nicolaj shudders involuntarily. “At least I woke before he caught me… This time.”

Jesse doesn’t blink. “Was he wearing pants, at least?”

Nicolaj shakes his head slowly, a thousand-yard stare in his eyes.

I’ve got a fever, and the only prescription is more libero.

At the outset, can we just all just pause for a moment and acknowledge the fact that immediately after reading some sketchy, pub-league Pep the Bald fanfic, your first decision was to click on the link and read on.

No, no. You just sit there quietly and have a good think on what you’ve done.

Ah, who am I kidding. Full credit to you, good sir/madam. I, too, am a man of culture.

And we both know that the that-link-stays-blue crowd are the ones who are missing out, for they will never have the pleasure of meeting Nicolaj Bur, the Danish/Dutch wunderkind about to be unleashed on Europe, on a mission to redeem the “Nearly Men” of Europe – managing only those sides who have reached the finals of the Champions League and World Cup, but fallen at the final hurdle.

Some of you may remember the Taking Hipster Football From Six To Midnight post which detailed the strikerless tactics I used in my FM 17 version of the “Nearly Men” save.

So, as soon as the FM 20 beta dropped, I knew I had to start working on a libero tactic that incorporated new inverted winger role…and here we are.

I have spent approximately 18 months in-game (full fat) tweaking and refining two separate tactics — a base tactic to employ in matches where you will be dictating play, and a backup tactic to use in matches where you likely need to be more reactive (e.g., away to a comparable opponent who will be aggressive/attacking, or against a superior opponent).

The base tactic is PM Krigsherre, aka “Grapefruit Lord of War.”  (Note: the naming conventions derive from my FM 17 save, where legendary manager Hakan Telleus’ obsession with grapefruit led to the implementation of a libero system.)

You will recognize many of the “classic” elements of a strikerless system, honed by Guido over the years. This tactic builds on many of those “classic” elements, such as Guido’s patented targetganche/withdrawn targetman, while incorporating a libero and inverted winger.

Generally, what you’ll see in PM Krigsherre is what you would see in any well-built strikerless system. In possession, we are capable of a methodical build-up, but will more often launch forward aggressively. Of course, the hallmark of a strikerless system is also here — fluid, incisive off-the-ball movement across the width of the pitch, creating and exploiting space. In moments of transition, we counterattack at pace. In defense, we are compact both vertically and horizontally, with a relentless high press to force turnovers and recycle possession.

That all sounds great, but how does PM Krigsherre perform in the FM 20 beta match engine?

In terms of pure results, the tactic performed quite well. With Manchester United, over 26-match run (no transfers, normal squad rotation) we managed 19 wins, 5 draws and 2 losses, with 51 goals for and 11 against (December 2019-February 2020; March 2020). (Note: the tactic wasn’t “final” during first 2 months of this run with United.)

To see how the inverted winger would interact with the mezzala in an elite side, I also played 10 matches with PSG (ditto re transfers/squad rotation) — Mbappe terrorized Ligue 1 and the Champions League as our inverted winger, leading us to 10 wins with 31 goals for and only 3 against.

Results can be deceiving, though. PSG should be this dominant. The United results are weighed down by a few draws from both the 1st and 2nd XIs, in matches we dominated but could not hit the back of the net because…well, it is modern-day Manchester United.

There are, however, observations we can draw, from this time and the much longer time I spent developing/tweaking the tactic overall:

I know, I know… So many words. Here, look at these pretty pictures instead…

Why couldn’t you just put the Bunny back in the box?!

Of course, the reality is that we won’t always have Mbappe on the wing, much less Ole at the wheel. (Don’t get me started on the state of United’s squad…)

So, how do we set up as an underdog?

What tweaks do we employ away from home, or against an opponent who is trying to dictate play?

What if your best libero is 35 years old, and Bas Dost is one of your “best” targetganche options?

I have to be honest. When I arrived at Eintracht Frankfurt, my goal was to implement PM Laenket with a cautious mentality, thinking back to my marauding, counter-attacking systems in prior years.

But after far more existential anguish than I’d like to admit, I stopped bashing my head into the wall.

Dialing back the mentality meant that our attack became a cruel parody of late-LVG-era Manchester United — painfully slow in possession, with players dithering on the ball more than a drunken, heavily-concussed David Luiz. And, our attacking midfielders were not high enough up the pitch to launch effective counterattacks in transition.

I tried a variety of adjustments without success (e.g., dropping the midfielders into the DM strata, eating my weight in grapefruit, moving the wingbacks into the defensive strata, tweaking roles/duties and team instructions), before deciding to hit the reset button.

With a fresh start, I reverted back to the basic tactic and tweaked it ever so slightly, to make our basic formation more defensive/deeper while retaining an attacking mentality — dropping the defensive line and line of engagement to standard, and unticking the “overlap left/right” team instructions.

In-game, what you observe is exactly what you would expect. The side sits deeper as a whole, with the wingbacks looking to get forward a little less often. However, when given the opportunity, we break at pace with players streaming forward to support the attack.

Once we reached reasonable level of fluidity, it worked at Frankfurt: 11 matches, 8 wins, 1 draw, 2 losses, with 31 goals for, 15 against over a 2-month period, including wins against Bundesliga-leading Leverkusen, Bayern and Arsenal at home, all 3 of whom attacked relentlessly.

It isn’t perfect. There is room for improvement. But I’m going to leave that for the full release.

(Note: The similarity between PM Krigsherre and what PM Laenket eventually morphed into is why, in some of the match screenshots below, you might note the naming conventions do not appear consistent.)

In terms of how the tactic looks…let’s look at some more pretty pictures, shall we?

I get it. Like Lord Bendtner, you’re excited. I’m excited. We’re all excited. Together.

The tactics can be downloaded here: PM Krigsherre, PM Laenket.

Nicolaj Bur’s efforts to secure redemption for the “Nearly Men” of Europe will be chronicled over at the FMCheapSeats blog upon FM 20’s full release on November 19th. Don’t worry, the madness is highly contagious. 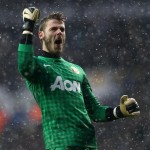 All work and no Football Manager makes Seattle Red a dull boy.

penalty area, where the goalkeepers usually remained transfixed, allowing one of your players to score an easy goal. It's not functioning very well this year, unfortunately. The short throw-in on the other hand works very well.

Earlier I wrote a brief piece on my intentions for FM21, the defensive principles and the transition from defence to attack. In this article, I intend to look at offensive principles. In case you missed Read more…

The Only Illusions Are My Delusions

For my first foray into tactical analysis I decided to make the challenge that extra bit harder for myself by exploring the dark arts of strikerless football on FM pioneered by @GuidoMerry & @SeattleRed. What Read more…