A Blast From The Past; Radar Love

Allow me to show you how my star player performed this season. This is just a matter of showing off of course, but humour me. I could screenshot his history from the game, but if I really wanted to detail his style, I’d have to describe more statistics or include match clips. Yet I can convey how this player performed in a single image. Ready? 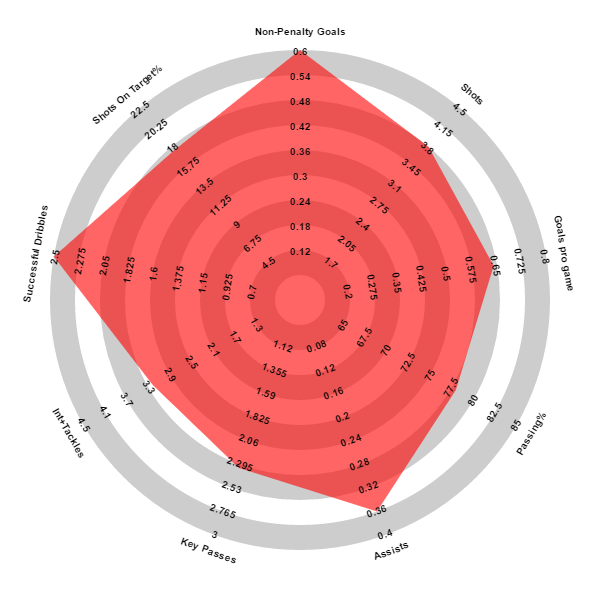 The player radar is a great way of visualising a large number of stats at one time. In this case, the radars specifically deal with player stats. Some people also call them spider charts or graphs because they can look like they make a spider web.

The option is already in Football Manager when it showcases a player’s attributes or even allows you to compare specific players.

The concept of applying these radars to FM is hardly a new one. Ed did it back in 2014. He primarily used it as a means to show how players performed, but I’d like to step it up a notch and use it as a scouting tool as well. Not as a my main scouting tool, but as a supplement, that might help me make the right decisions.

You’ve seen the player radar above from my main attacking threat. What it shows you is that this player scores a fair few goals, contributes regarding assists, yet also chips in when it comes to defending. That is absolutely crucial to making my counter-pressing tactic work. If I were to sign an extra player up front, I want to ensure he fits the bill, not only regarding in-game attributes but also when it comes to his style of play. That’s where the radars might offer an additional layer of security. 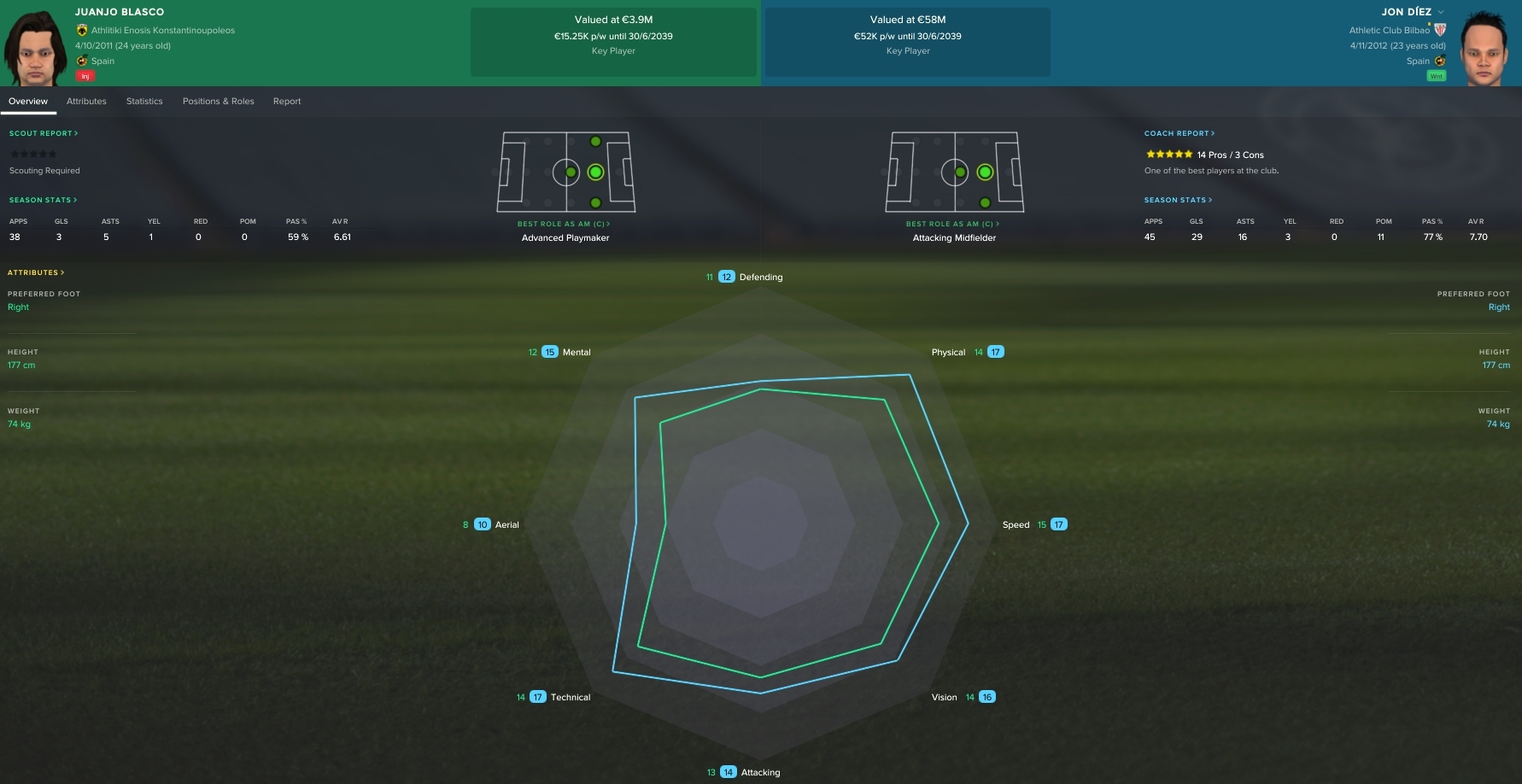 Straight off the bat, we can see that Juanjo Blasco is not quite on the same page as Jon Diez regarding his attributes. That’s not really an issue, though, as we are after Blasco as a rotational option and not as the primary offensive star. His attribute-set, while not quite on par with Diez’, does show similarities in the way it’s set up. He is a fairly all-round offensive player.

His contribution to the team effort is slightly skewed. Diez features as part of a forward-line of three in a strikerless formation designed to bring out the best in an attacking midfielder, whereas Blasco played in the hole behind two all-out strikers. This limits his goalscoring opportunities. We are not after those shots on goal ratios, nor are we interested in his contribution regarding assists. I want to know if he has the energy and commitment to keep up with our counter-pressing style. This is why I created another player radar. 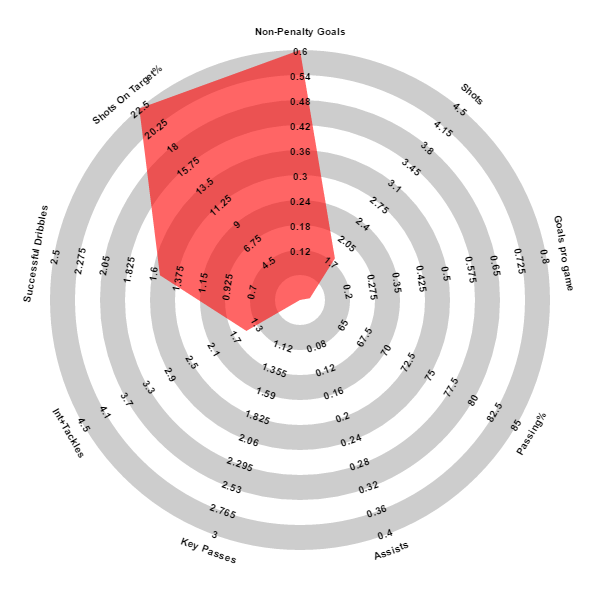 This new radar paints a shocking picture. We can see a player who does well in dribbling and when he eventually takes a shot, it’s often on target, yet he shows little efficiency in racking up assists and goals. This might be a tactical issue or being isolated often, or it might be indicative of lacking the mental abilities to play at the highest level. When we delve further into the statistics, we can see that Blasco is an inefficient and lazy player, who covers a mere 7 kilometres every game, compared to nearly double that for Diez and his compatriots. He’s not going to fit into our highly energetic style of play, not straight away. Should I invest heavily for a rotational option who will need at least a season to alter his ways? Nah…

I hope this little case study has shown you how you could use player radars. If you want to mess around with them yourself, go over to this website to make your own. They are fully customisable, but you cannot save your own templates. If someone finds a way to make these properly in Excel, I’d be quite interested in that.

[…] Last week, I wrote about the player radars, how they worked, how they can be used and how you can make your own. Since writing that article, I have gained some new insights and I wanted to share these insights with a case study as the example. Starting off with the most important one of all, the initial site I shared was incomplete but someone was kind enough to point me towards a site that offers templates for forwards/attacking midfielders, central midfielders, full-backs and central defenders. You can find this site right here. […]

[…] who like player radars I made this one for Brabec. If you want to read more about radars check this post by Guido or this by […]