In this installment of Emulating La Masia I want to focus on an often overlooked factor in a player’s development; the tutoring by a more experienced squad member. If you want to look at the importance an experienced player can make in terms of tutoring the youngsters, look no further than the Ajax ’95 team. After the sale of Bergkamp to Internazionale in 1993, Van Gaal re-signed the experienced Frank Rijkaard to complement his young Ajax team featuring academy graduates Frank and Ronald de Boer, Edwin van der Sar, Clarence Seedorf, Edgar Davids, Michael Reiziger, and Winston Bogarde, as well as mercurial foreign talents Finidi George, Nwankwo Kanu and Jari Litmanen, and veteran captain Danny Blind. The team regained the Dutch championship in 1993–94, and won it again in 1994–95 and 1995–96 to become the first Ajax side to win three back-to-back championships since 1968. The height of Van Gaal’s success came in 1994–95, where Ajax became the first, and to date only, team to complete an entire Eredivisie season unbeaten. The team also won its first European Cup since its glorious 1970s era, beating Milan in the 1995 UEFA Champions League Final 1–0, with the winning goal scored by 18-year-old Patrick Kluivert.

What it actually does

The tutoring feature allows you to ask a senior squad member to take a youngster under his wing and pass on some of his experience, teach him the ropes so to speak. When players share personality traits, it tends to work quite effectively and provides a boost in a players development as well as possibly teaching them some extra Player Preferred Moves (PPM’s) and possibly changing their personality a bit.

As we have seen in earlier work, the absolute driving force behind youth development is the hidden attribute Professionalism. Having a player tutored is the only way to raise a youngsters Professionalism rating as this is the only way to actually influence this hidden attribute. In a way, this makes selecting the right tutor for your special youngsters extremely important if you wish to maximise their development. I will refer you to the graphic from one of the earlier articles.

Whilst there is no ideal starting time for tutoring, I highly recommend you start as soon as possible. There are a few reasons to do so. When you start at a younger age, you have more time to work on a players development and shape it the way you see fit. Also, once a youngsters reputation gets high enough, they become unavailable to tutoring, so you have to start when their reputation is low.

You can set up tutoring in a private conversation with a particular player. It doesn’t matter if you start the conversation with the tutor or the tutee, as long as you start with either one. When a player is unavailable to either tutor or be tutored, this might be down to any of the following reasons.

There are two different forms, which differ from each other and are based on phrases that you choose in a private discussion.

Both options have an impact on the personal attributes and determination attribute. The second option is useful when the tutor has no preferred moves, so he should not tutee what to teach and would only waste time together. At that moment, it is better to choose the second phrase.

Some of the other personalities can occasionally have a high Professionalism rating, but these personalities pretty much guarantee it.

The concept applied; which works best

In order to research the influence of tutoring, I created three equal newgens in an FM16 save with the help of FMRTE. All three have similar positions and age. All of their attributes, including hidden, are set to 10. I have also edited two senior players to be model citizens, with all their hidden attributes as well as determination raised to 20. I have also given these players three similar PPM’s. For this experiment I will leave one of the newgen players untutored, to see how a regular player develops. The second player will be tutored using the “help improve his game”-option, whilst the third player will be tutored using the “take under your wing”-option.

As before, I will holiday the save for half a season and see how the players have developed. I will note their development in six areas:

These are the edited super tutors.

These are the newgens.

And these are the newgens after six months of tutoring.

Whilst being far from conclusive, we can see that the most spectacular difference lies in the development of the hidden attributes. The regular development is, as one would expect, pretty much similar all across the board. The hidden attributes have actually developed quite spectacularly for player 3, with nearly each hidden attribute going up by 1 or 2 points. Player 2 has gained a single point for Professionalism from his tutor, but that’s about it. We can also see a rise in the Determination attribute for player 3. None of the players have picked up a PPM so far, so I will continue the experiment for an additional six months.

These are the newgens after a full year of tutoring.

A full season of simulating gives us slightly more information. Development-wise, we can safely conclude that it is absolutely beneficial to have the player tutored. Whilst the untutored player shows signs of development, his compatriots generally fare better. The spectacular development in personality for player 3 seems to have slowed down his CA development a bit, but overall player 2 and 3 have shown much steeper development curves.

Now in terms of which form of development you prefer, this is actually a bit more difficult to answer. Let’s use a different type of graphic for this comparison.

It appears to be all about accentuating. Player 2 shows a more measurable progress straight off the bat, making him more useful in the immediate future. Meanwhile, player 3 shows his progress is more geared towards his personality, which could turn out beneficial in the long run. Player 3 has a raised Professionalism rating, which could ensure a slower but longer development in the long run. So to summarise, if you need the player to make an immediate impact, you should probably opt for the “help improve his game”-option, whereas the “taken under wing”-option seems more geared toward a slower, more long-term-oriented approach of development. 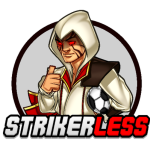 I’d be interested in finding out if a player develops better playing for reserves/u21 etc verses being loaned out.

Excellent. I look forward to it.

In case you missed it, the update was released yesterday 🙂

Another good article. I’ve never really bothered with tutoring as it’s something I’ve just tended to forget about so this was the La Masia post that I was most looking forward to. However, you mention that tutoring is the only way to increase the determination attribute but I have seen youth players increase in this attribute without any tutoring. Maybe the fact that my squad personality is very determined is rubbing off on the players despite the lack of tutoring?

Really enjoying this- it isn’t something I have been able to work on too much in my pentagon challenge, but have taken more of an interest in on my network save with Bayern, and some really interesting points raised.

Basically, it comes down to whether the tutor has any PPMs that you want your youngster to learn.

I’d argue that his personality is equally important.

A guest series by Rien102 details his tactical analysis of an oncoming opponent in great detail. This is part III, the last part, of a short series.

A guest series by Rien102 details his tactical analysis of an oncoming opponent in great detail. This is part II of a short series.

Using The Rules To Your Advantage; Somhlolo United

If you look to make an impact on the transfer market, you need to know the products available. Gaining this insight into the available options is where your scouting network comes in, constantly scouring various leagues and Read more…